Flying drones opens a whole new world of opportunity. But there isn’t much opportunity when you lose control and crash into a tree or your drone flies away never to be seen again. In order to take advantage of that opportunity, you need to be able to control them, which requires situational awareness and an improved drone navigation system.

Before we tell the solution, we need to look at where the problem developed.

The problem with early drones was the lack of sophisticated sensors and associated control systems. A very common scenario was for the operator to have to be in the line of sight with the drone. The control system typically involved two joysticks and worked something like the following: pushing the left joystick forwards or pulling it backwards increased or decreased the throttle (power to the rotors), respectively. Also, pushing the left joystick to the left or the right controlled the yaw (the direction the front of your drone is facing). Meanwhile, pushing the right joystick forwards or pulling it backwards controlled the pitch (whether the drone tilts upwards or downwards), and pushing it left or right controlled the roll (movement in any direction on a horizontal axis). 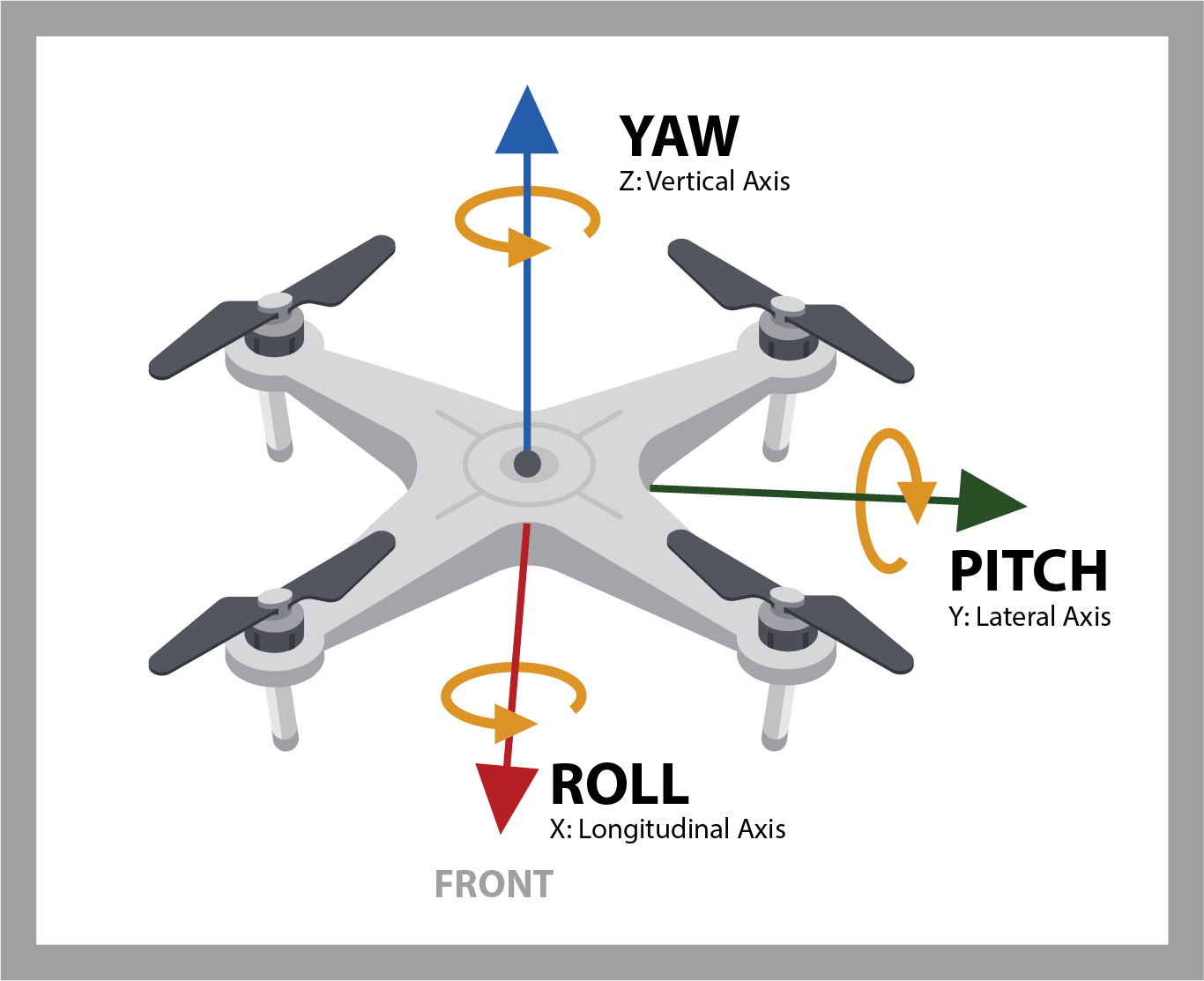 Things became complicated if the operator needed to fly the drone some distance and then turn it around before bringing it back home — perhaps due to a fixed-position payload camera hanging underneath. In this case, from the perspective of the operator, once the drone had turned, the actions of the pitch and roll controls became reversed, which lead to no end of confusion.

A related problem was that the drone might slowly rotate around the vertical (yaw) axis. Furthermore, any gusts of wind could cause the drone to wander off course.

How do you Improve a Drone Navigation System?

One solution to all of this is for the operator to don a virtual reality (VR) style headset, and to equip the drone with a forward-facing camera that streams a video signal to the headset. This means that the operator’s point of view (POV) is looking to the front of the drone, so all the controls continue to work as expected.

Another approach that was used to improve the ease of flying drones was to add inertial guidance systems in the form of microelectromechanical systems (MEMS) that contain both mechanical and electronic components. For example, it’s now possible to purchase a nine degrees of freedom (9DOF) MEMS sensor that boasts a 3-axis accelerometer, a 3-axis gyroscope, and a 3-axis magnetometer — all presented in teeny-tiny package that’s only a couple of millimeters in size. The inertial guidance system can use the information from these sensors to detect and correct any unplanned rotation around the yaw axis and to detect and correct any deviations caused by gusts of wind.

In many cases, a drone’s inertial navigation system will be augmented with a global positioning system (GPS) sensor, which can be used for tasks like retracing a complicated flying path or determining the shortest route back to home base. Having said this, GPS may be restricted from drones in some countries, it’s efficacy may be degraded in metropolitan areas with large buildings, and its usefulness may become non-existent if the drone is flying under a large structure like a bridge, or in an enclosed space like a warehouse or a tunnel.

What is the Optimal Way to Improve an Existing Drone Vision System?

The best way to augment an existing drone navigation system is to improve the drone’s vision system by means of optical cameras coupled with artificial intelligence (AI). In addition to navigation, such systems are extremely efficacious with respect to object detection, recognition, and avoidance. Today, it’s possible to create extremely small and lightweight camera modules that feature ultra-wide-angle lenses coupled with high-resolution sensors.

And although we can create optimal lightweight cameras, we don’t live in an ideal world, therefore flying drones cannot always be done in ideal conditions. When looking to use your UAV (Unmanned Aerial Vehicle) from dawn-to-dusk, platforms with these navigation camera modules must also be able to work in daytime and nighttime conditions both indoors and outside.

Having said this, not all lenses and lens-sensor combos are created equal, and this is especially true when it comes to flying drones in low-light conditions. Here at Immervision, for example, we’ve created a state-of-the-art wide-angle camera module that — in addition to meeting stringent size, weight, and power requirements — has been designed from the ground up to satisfy the demanding requirements of operating in low-light conditions.

Drones equipped with these drone navigation systems can not only fly from dawn-to-dusk (daytime), but they can also operate from dusk-to-dawn, both outdoors and indoors.

At Immervision, we are working on the latest and greatest in drone camera technology. We also love working with our customers on their unique drone vision system projects. So, if you are planning on developing drone camera system of your own — or if you are creating the drone and need some help with its camera systems — feel free to Contact Us and let’s start collaborating together!

Additional Resources
All about Drones