Blog / Wearable Body Cameras are For Everyone

Wearable Body Cameras are For Everyone

You don’t have to miss out on the great moments you want to share with family and friends.  A wearable body camera can make it easier than ever to share memories.

The term “wearable technology” (also known as “wearables”) refers to technological devices that are worn on one’s person. The earliest example of a wearable came about in the 1500s, when German locksmith, clockmaker, and inventor Peter Henlein (1485 to 1542) created small watches that were worn as necklaces or attached to clothing.

When most people hear “wearables”, they tend to think of things like wireless-enabled activity trackers and fitness monitors such as smartwatches, but these are just the start of what is possible. One ‘wearable’ gaining traction lately is a body worn camera (also known as a body camera or a bodycam).

Most think of body cameras only in the context of police officers, security guards, and military personnel. However, people performing activities like mountain climbing, extreme cycling, parachuting, BASE jumping, and wingsuit flying often capture their triumphs with the aid of one or more body cameras. Besides, if you don’t have pic or a video to share, did it really happen?

These examples are just the tip of the metaphorical iceberg when it comes to wearable camera uses.

With modern sophisticated cameras in our smartphones we can see what the camera sees, instantly delete any pictures we don’t like, and immediately share the ones we do with friends, family and the entire world wide web. As a result, we are constantly taking and sharing photos and videos. 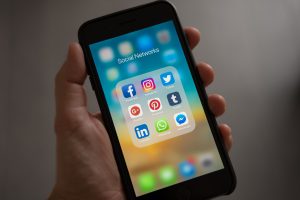 As wonderful as a smartphone is, using it to capture photos and videos still requires you to hold it up and wave it around, which can be an inconvenience at a party when you wish to hold a drink in one hand and a plate of food in the other. Now, imagine how much more convenient it would be to have one or more unobtrusive wearable cameras scattered about one’s person — perhaps embedded in glasses, worn as a broach, or attached to a baseball cap or to your headphones — especially if those cameras could be voice-activated (“Start recording,” … “Stop recording”).

With the use of multiple cameras and ultra-wide-angle lenses coupled with dewarping software, you could even capture a 360° view of everything around you. Users could capture so many life experiences — graduations, parties, weddings — that could be shared immediately and then viewed again and again for years to come.

This doesn’t mean you need to be recording oneself 24/7/365 — just “the good stuff” here and there. Sometimes, of course, you don’t know that you want to record something until after it has already happened. Core memories cannot be scheduled and bringing out a recording device would take away from the moment. Imagine being able to capture your child’s first steps or a sneaky friend recording when your significant other pops the question as smoothly as the event happening.  Your camera could be constantly recording and overwriting the past couple of minutes, thereby allowing you to say, “Save that recording,” quickly followed by “Upload to YouTube” or “Send recording to mom.” Surely you can think of several precious moments that you would love to have saved. Wearable camera technology can turn this into a reality of our daily lives.

And our daily lives continue to improve as technology evolves and becomes more engrained in everything we do. Long gone are the days of wearing a pair of augmented reality (AR) glasses that felt uncomfortable and offered a confining experience. Technology improvements mean we can enjoy comfortable hardware that is light weight and offers high-fidelity images, that provide a pleasant immersive experience. At the end of the day, we are humans and the success and adoption of technologies, such as Metaverse and smart glasses, is intertwined with its capacity to truly enhance our human experiences.

With companies like Orbi, Ray Ban and even Lenovo offering video recording eyewear, wearable vision technology is already becoming engrained in many daily tasks. Gadgets, such as AR glasses, will allow us to have an immersive simulated world experience, that will be sharable simultaneously with other users. These consumer electronics wearables will offer location mapping (SLAM) and augmented reality, all delivered through eyewear, while remaining connected to current surroundings. That birthday party will be shared with far away family members in a much more heartwarming way.

There is no limit to where the wearable body camera technology will take us!

At Immervision, we are working on the latest and greatest in wearable camera technology. We also love working with our customers on their unique vision system projects. So, if you are planning on developing a vision  system — or if you are currently in the middle of such a project — feel free to Contact Us and let’s start collaborating together!

Ludimila Centeno has over 15 years of experience in Telecommunications industry in the segments of wireless communications and semiconductor industry. Having contributed to Presales, Customer Support and Operations, she has joined Immervision as Product Manager for the Consumer Electronics and Robotics industry verticals.  She holds a Masters degree in Electrical Engineering where she developed research in the areas of Cognitive Radio and spectrum sensing techniques.

This website uses cookies to improve your experience while you navigate through the website. Out of these, the cookies that are categorized as necessary are stored on your browser as they are essential for the working of basic functionalities of the website. We also use third-party cookies that help us analyze and understand how you use this website. These cookies will be stored in your browser only with your consent. You also have the option to opt-out of these cookies. But opting out of some of these cookies may affect your browsing experience.
Necessary Always Enabled
Necessary cookies are absolutely essential for the website to function properly. This category only includes cookies that ensures basic functionalities and security features of the website. These cookies do not store any personal information.
Non-necessary
Any cookies that may not be particularly necessary for the website to function and is used specifically to collect user personal data via analytics, ads, other embedded contents are termed as non-necessary cookies. It is mandatory to procure user consent prior to running these cookies on your website.
SAVE & ACCEPT
Contact Us